The Space Tomato and my experience of the trip to the moons of Star Citizen,

First some back story:

I have been a long term backer of Star Citizen and through its growing pains have fallen in and out of love with the project, ( Star Citizen is in Alpha!).

Through this time I have still retained my enthusiasm for the idea, could the dream come true, could I find myself actually playing in the verse Chris Roberts envisioned.

I often watch people, promoters, influencers on YouTube pushing their agenda and well aware that producing interesting content takes time and money and much like Star Citizen the bigger you get the more time it takes and money and that can make people lose track of what inspired them in the first place.

So i Stumbled onto the Space Tomato YouTube group and was frankly very surprised to find this really interesting review of the game, the more I looked the more I found really well produced content,  informative and no bias.

So after a while I thought have they got an organisation, Star Citizen has orgs and yes they did, an informative chat tok place with @LordSkippy on discord ensuring I was not a pirate and my application was put forward.

About 24 hours later I was invited to the discord channel and noticed an event which coincidentally had the Big Tomato himself live streaming the event.

II signed up, now for someone who has had a life in Business and experienced all sorts of stress. I was actually worried, not about the live stream but actually getting to grips with a game I know but had played infrequently.

I thought to myself if I allow an hour to transit through space I will be fine, 45 minutes later I’m stuck in space with no fuel and thinking what now.

I was not sure which channel to join in discord and asked I was kindly pointed to the the correct area in Discord and almost immediately after saying hello, @Dutchman Ace said he would pick me up, I suppose in hindsight I could have sat in my ship and waited and EVA, yes you can EVA over to the rescue ship, but decided to self destruct.

A while later I was collected from a remote space station and we started on our journey to the moons.

Sadly due to my mistake we missed the departure but @Dutchman Ace soon caught up with the group,

The group was simply great and even the Space Tomato himself needed rescuing, as for the scenery e.g. the moons simply outstanding as was the schedule and commentary,

There was even a snack shop and I enjoyed an apple of two while watching everyone look around the ships and then almost disaster when one of the ships started moving.it was windy, luckily some one was on board.

The tour ended and Space tomato said goodbye and some free flying through a canyon occurred, sadly I think my microphone had failed by then but some of the best fun I have had in the game.

If you’re looking for a friendly group that are helpful and knowledgeable  please look them up.

All the links to both content and video are below.

I was going to spend time explaining why we all feel totally pissed off WTF Star Citizen however Grumpy eye does it perfectly.

What are you all playing at, all these years have passed and SC is still a complete fuck up, and yes we can say what we want here without the trolls chiming in yes those that think the sun shines out of the Alphas backside, those whiny little bitches that pop up when people are questioning the whole model, the model we all funded, what a bunch of arseholes these trolls are, we may well leave them to there BS.

And yes this is our view not Grumpy eyes you can watch his below.

Ashtromech Star Citizen as its meant to be played

Some of the best content around and a ships cat

I stumbled across Ashtromech while looking for Star citizen content and as a long time supporter I have watched more than a few videos and don’t mind saying at the time was a little fed up with a lot of the content being produced by many of the more popular YouTubers.

We had just gone through the yearly promotion Star Citizen does to show new ships and old and try and keep the monster that is star citizen rolling along, yes its a monster and gobbles up cash faster than Ashtomech’s cat eats its dinner and that’s not a bad thing because the boundaries of technology are being pushed more and more in this game (development project) which was announced on October 18, 2012.

So before continuing my adventure with Ashtromech and all the people on his discord channel and in the live chats I should make this announcement, In Star Citizen they sell ships for both real and in game money the real cash, funds development of the game its in Alpha at present if you not tolerant of work in progress wait until you hear its more stable as often bugs occur.

You do not have to buy all the ships just a base game and then you can earn in game to get your next reward (Ship ect),

My adventure continues, so I watched a few live streams, yes the contents is available afterwards if you cant make the stream but must say the streams are a mammoth undertaking and actually really good entertainment as well as educational.

Obviously it cant and wont always be like this but its nice to drop in and out look at content , chat and ask questions, yes we even ask questions as Ashtromech is very knowledgeable, Star Citizen can be daunting for new players time is required to learn the game.

One of the biggest things for me is its all very relaxed, no promos, no spoilers and what you see is what you get.

So many new streamers jumped on the  bandwagon recently Star Citizen can look stunning and there are some good channels to follow but also so many bad ones and I personally prefer an honest natural presentation compared to the structured regurgitation rubbish some do, yes they may have use but it always sounds like there part of the RSI marketing team and that’s not the case with Ashtromech.

And then there was the gift I received, the channel had a give a viewer a months membership promo, I have never won or been given anything so what a shock when it popped up, a really nice feeling and thank you and note I had told no one about this website so again no sponsorship just cool.

Rather than me ramble on I highly recommend visiting the YouTube channel and drop into the discord I have not found anyone I didn’t like yet and that’s unusual for me.

And don’t forget the ships cat 🙂 and the great music.

You can visit the channel and discord with the following links.

See you in the verse, Skippy.  The following story is my inspiration for my name and a dam good story if your in the mood. Ashtromech video below. 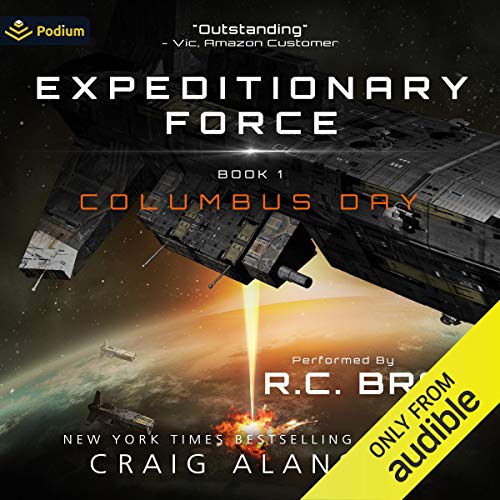 Firstly we apologise to anyone who has been using the website, simply put the website has become very popular, nearly half a million real people in the last month, so we have upgraded the hosting package to ensure the site remains up.

Any links that are not working were sadly caused by the webserver host forcing upgrade of the package, shame on you siteground for not being clear on this, any new promos and info should now be ok.

Please note always try and use our links to purchase anything as we are always hopeful of getting a small commission, nothing yet but hopeful.

Also this website is run free of charge we make no money from the provision of this service although we always appreciate any enquiries for a competitive advert, just ask.

If you wish to help please feel free to make a donation as the service costs $400 per year at present and any time as admin is always free.

Please note the service company provides this service at zero cost to the site owner any donation or advertising revenue is used to improve the services for the community. G2a.com One to avoid

G2a.com one to avoid

I have used this company to save a few $ on games over many years.

Today I try to login and get told

“Your account has been blocked due to violation of our rules and policies. We’re sorry but this decision cannot be changed and your account will not be reinstated.”

I have never acted out of the rules and policies to my knowledge and received no notice of such violation.”

So even if I create a new account I am blocked.
VPN blocked and browser tracked by cookies i suspect again locked.
Initially i thought this was a server error but no.

The only thing I can think of is that a seller did not provide the goods, G2a were very slow at doing anything and the seller did not reply and that’s not good enough these days so I took the refund to Paypal and may be the reason.

In summery this is a very bad way to treat a long standing customer who has had no history of issue
with no recourse to resolution and there for suggest if interested in purchasing CD keys one looks for alternative providers as if this is how they treat people its time to look elsewhere! and I have done so.

So Gta you bunch of muppets here is a review on your service for posterity, lmao and call you out for the dreadful service received and for everyone else who is fed up with your BS!

Please feel to write some stupid comment G2a no doubt blaming the customer for your error and as for no ticket system for complaints and resolution what a joke.

By the way people Outriders is cross play and can be played with Xbox friends on the steam platform, its also on Gforcenow a review coming soon.

And if your looking for cd keys lmao try

Get up to 90% off best selling video games | CDKeys.com

Wow these models are fantastic -3DPRINTMAD.COM

I recently purchased some resin models from this supplier, wow, they are simply fantastic, great vaue and I had little work to do to get them ready for painting, I highly recomend you give them a try.

I was so pleased I have put a banner up.